Since I have these grand tall rooms in this grand house, I knew I wanted a larger and more ornate type of crown molding, at least on the first floor.

I had some leftover Falcon resin trim, really frieze, from doing the Whitledge-Burgess Patisserie and loved it. I decided I would use that under regular crown molding. Here's the patisserie. 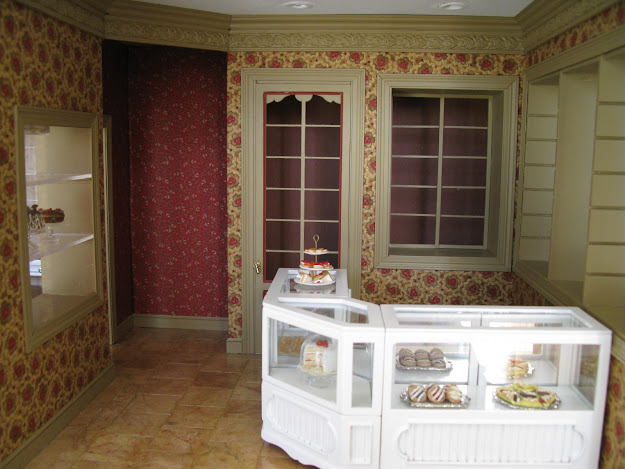 I was doing this work in fall of 2017 and had to hunt a bit as Falcon was going out of business and I would need a large quantity. Found some stock and bought it all.  (The Whitledge-Burgess workshop was back in 2009). Others have asked me recently how I did this and that led me to post it now. Its also a good way for me to record what I did for reference later. 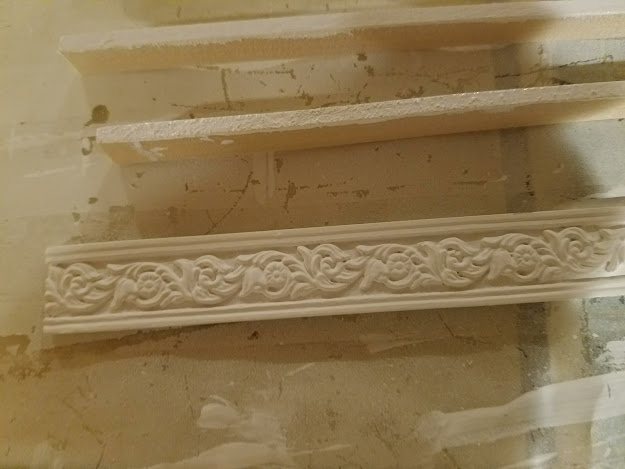 Painted it all white and began cutting and installing with crown. I love the look! Decided it was a go and planned to do it in the living room, foyer and dining room. 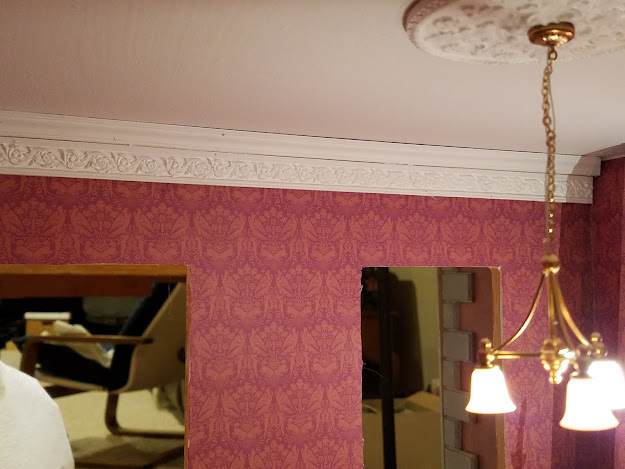 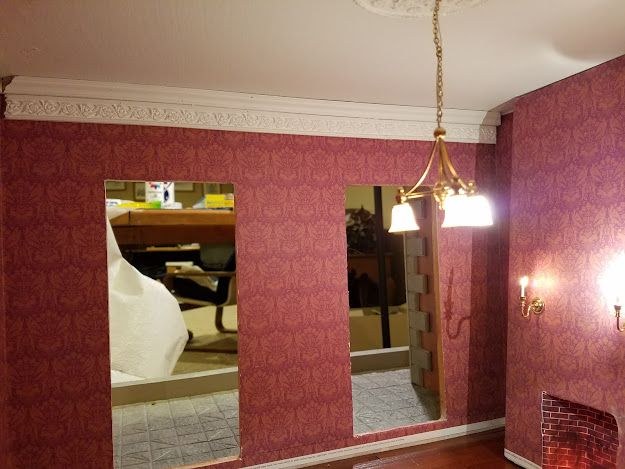 I will say it was a bit of a challenge when it came to corners and around the chimney breasts but I got through it. 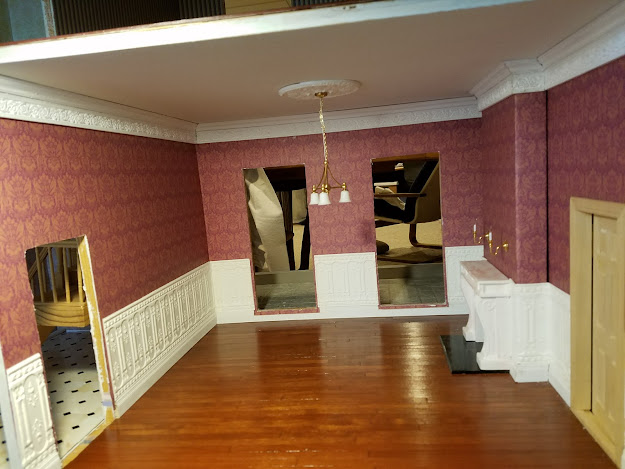 Heidi
Mad about minis! Yep, its hard to explain but its a wonderful, fascinating, sometimes frustrating hobby. It keeps me sane though. Its what I do when I am not at work. It gives me a different perspective on things. I look at buildings and the world differently. Dollhouse miniatures has such a rich history and the people who partake in this hobby are a varied and geographically dispersed group of talented individuals.